The church is designed as a community of people called to a purpose. People of God are called to community in order to engage the world. The Kingdom of heaven is advanced by bringing hope to despairing places, offering healing where there is sickness, bringing faith where once was unbelief. 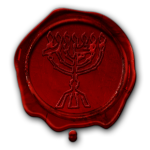 “I have community with others and I shall continue to have it only through Jesus Christ. The more genuine and the deeper our community becomes, the more will everything else between us recede, the more clearly and purely will Jesus Christ and his work become the one and only thing that is vital between us. We have one another only through Christ, but through Christ we do have one another, wholly, for eternity.” –Dietrich Bonhoeffer

Living overseas has caused my family to depend more on others. My children have many “aunts” and “uncles” in Africa and Jerusalem. Uncle Dick lives in Egypt, and Auntie Heather in Madagascar. Where we live and the way we live helps us see the benefits of community and understand the importance of working out our faith through community.

Our third child Lucas was born in Jerusalem. At the moment of birth, the Israeli nurses announced, “Mazaltov, bentov le yerushalaim!” (“Congratulations, you have a good son of Jerusalem!”). Yet the weeks leading up to his birth involved some challenges, ending with a Caesarian birth and prolonged recovery. Our faith community embraced the opportunity. They provided meals for two weeks, giving Shellie time to recover and our home time to adjust to a third child. God wants the Church to be family.

“From the first century through the twenty-first century there has always been a remnant, a group who refused to substitute kirche for the ekklesia of Jesus…There will always be leaders who view the church as a movement with a divinely inspired mission and mandate.”[i] Rather than becoming a static building of individually minded believers with surface-level relationships, the Church is to be a community of divinely inspired, globally minded Jesus followers fulfilling His mission throughout the earth.

Be actively involved in a local church, a faith community. Keep one another accountable and be a light to the world.

As a group, hold each other accountable to community. Pray for God to give greater sensitivity to the Spirit and greater courage to obey!

“There is no neutral ground in the universe. Every square inch, every split second, is claimed by God and counterclaimed by Satan.” –C. S. Lewis

To successfully engage in combat, a person must prepare for battle by keeping his or her eyes on Jesus through wilderness experiences and fully committing to a faith community—a place where he or she is genuinely known, lovingly supported, and honestly challenged. It is crucial to sharpen the steel by loving well, embracing suffering, walking in truth, exhibiting holiness, maintaining authentic faith, engaging in mission, and sustaining spiritual fervor. In this final section, engaging in combat, the church is called to conflict.

If God Be for Us

While serving as a high school administrator of an international school in a troubled East Jerusalem neighborhood, I was discussing some discipline matters one morning with Jeff, the dean of students. George, the director of operations, walked in seemingly out of breath. I gave him the token cultural greeting. He said Abu Ibrahim was on his way to talk about his son re-enrolling in school. Several weeks earlier, his son was expelled for repeated, abusive behavior as well as bullying.

Within a few minutes, Abu Ibrahim came down the hall escorted by our 6’ 4”, 330-pound school guard, Abdullah. The man appeared agitated, refused to sit down, and said he was upset that his son could not attend school. We discussed the situation. He calmed down and went on his way.

The next morning while helping George set-up a businessmen’s breakfast at the school, he told me God was watching out for me. “How?” I asked. It turns out Abu Ibrahim came into George’s office irate and ready to hit me. He left George and headed toward my office. George headed my way but was stopped by someone along the way, so he told Abdullah to go to my office. George then quickly ran up two flights of stairs looking for Abu Ibrahim. The father had taken the elevator, but the electricity went out and he was trapped inside. By the time he arrived on my floor, Jeff and George were in my office, and Abdullah escorted him the rest of the way. He did not feel like hitting me with three big guys in the room.

Scripture tells us “we are not fighting against flesh-and-blood enemies, but against evil rulers and authorities of the unseen world, against mighty powers in this dark world, and against evil spirits in the heavenly places” (Eph. 6:12). We are not at war with those wanting to harm us, but with evil spirits and the evil one motivating people to make poor decisions. Our fight is not against people, government structures, or varying beliefs. Our battle is against the works of the devil.

Jesus sent letters to seven churches revealing He died for the Church, is in the midst of her, loves her, and gave her an assignment. The hope of the world is Jesus, the message of the Church.

The coming of Jesus and the building of His church dealt a mortal blow to pagan religions. Matthew records, “And this gospel of the kingdom will be proclaimed throughout the whole world as a testimony to all nations, and then the end will come” (Matt. 24:14). Will the global Church remain committed to the mission of God on the earth and drive the demonic invaders out?

Jesus initiated a revolution. All He wants is a few who will think as He did, love as He did, see as He did, and serve as He did. All He needs is to revolutionize the hearts of a few, and they will impact the world.[ii]

Presently over three billion people are without the message of Jesus. Will you join the Resistance? Will you commit yourself to Christ and the Church, and storm the gates of hell until His imminent return? You are the Church, the hope of the world!

As a group hold each other accountable to do what the Holy Spirit lays on your heart. Pray for God to give you the ability to hear what the Spirit is saying and for feet quick to obey.

We live in a world at war, an ongoing battle between light and darkness, good versus evil. Jesus came to destroy the works of the devil (1 John 3:8) and declared the gates of hell would not prevail against His advancing Kingdom (Matt. 16:18). The Church has been called to conflict. The purpose of the book is mobilizing the local church to the ends of the earth and advancing the Kingdom of God.

Presently over three billion people are without the hope found in Jesus. Will you commit yourself to Christ, the Church and the task of storming the gates of hell until His imminent return? Join the Resistance today!